“The whole construction was carefully thought out, and there was a reason for every detail. The idea was to eliminate everything unnecessary to make the whole as direct and simple as possible, but always with the beautiful in mind as the final goal.” ~Henry Mather Greene, in The Craftsman, August 1912

From 1905 to 1907 the Greenes’ designs showed a transition from joinery as craft to joinery as aesthetic structure. The move toward refinement and sophistication can be traced to the Greenes’ collaboration with Peter and John Hall. Born in Stockholm, Peter (1867–1939) and John (1864–1940) immigrated as children with their family, changing their name from Jonasson to Hall when they arrived in the United States. By the 1890s the brothers worked for the Pasadena Manufacturing Co., a millwork shop where Peter had a reputation as a master stair builder and John as a fine furniture maker. Peter left in 1900 to start a contracting firm, and John departed the millworks in 1906 to make furniture for the houses that his brother was building.

For Greene and Greene, the collaboration with the Halls heralded an era of superior wood craftsmanship, obsessive detailing, exquisite inlays, and satiny finishes. The Halls’ virtuoso skills far exceeded what the Greenes’ had obtained from previous building contractors and furniture makers, and, rising to the opportunity, the young architects responded by letting their imaginations run to increasingly complex and demanding designs. The Greenes’ house for Henry and Laurabelle Robinson (1905–06) was Peter Hall’s first commission from the Greenes that would include furniture made by his brother. It was also the first to include stained glass by Emil Lange (1866–1934) and Harry Sturdy (1869–ca. 1915), who would remain as the Greenes’ preferred glass artisans. The dawning of the Greenes’ greatest achievements had come.

The Robinson entry-hall bench (1906) reflects the dramatic change from the earlier, more commonly constructed furniture to the Halls’ supremely assured craft in its smooth surfaces and precisely fitted joints and pegs. The Robinson dining armchair (1906) shows a more evolved version of the Chinese Ming-era “lift,” the abstracted cloud motif that the Greenes had begun to use in 1904. The design and construction of the Bolton hall chair (1907), with its delicately tapered, diamond-shaped and angled spindles, elaborates on more rectilinear forms designed by Frank Lloyd Wright and others. A jewel-like curio cabinet and delicately inlayed mantle clock — both designs for Mrs. Belle Barlow Bush — also come from this period and show virtuosity in construction and inlay.

Next: The Blacker House 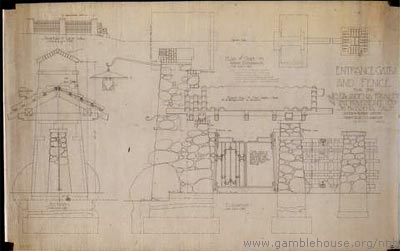 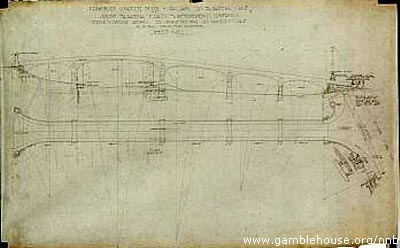 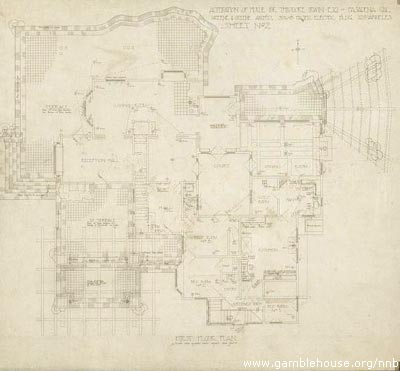 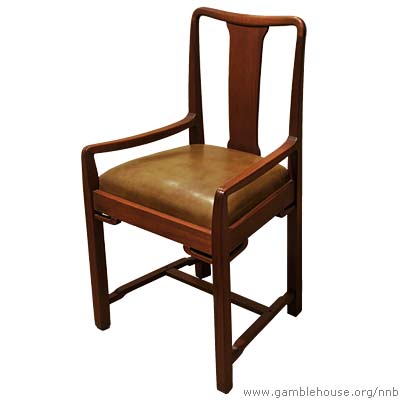 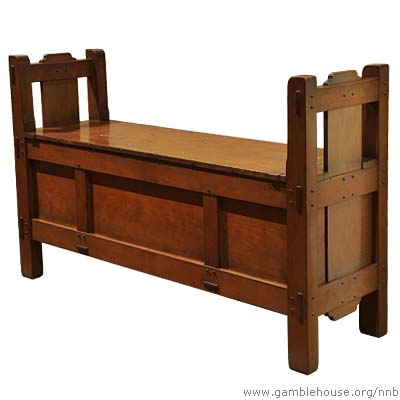 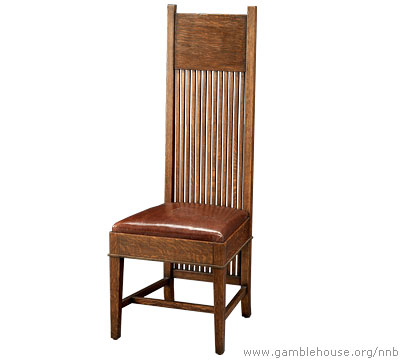 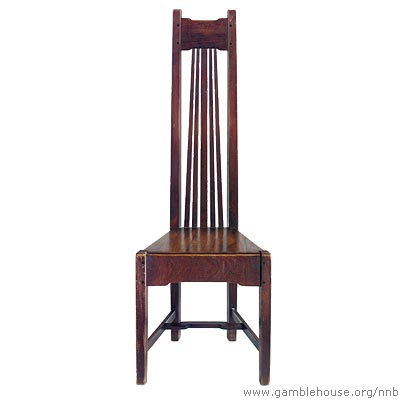 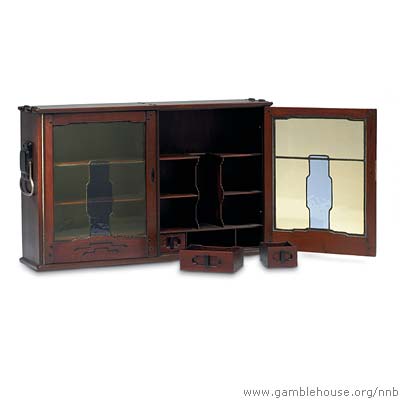 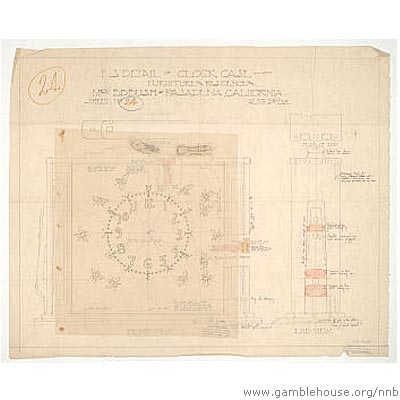